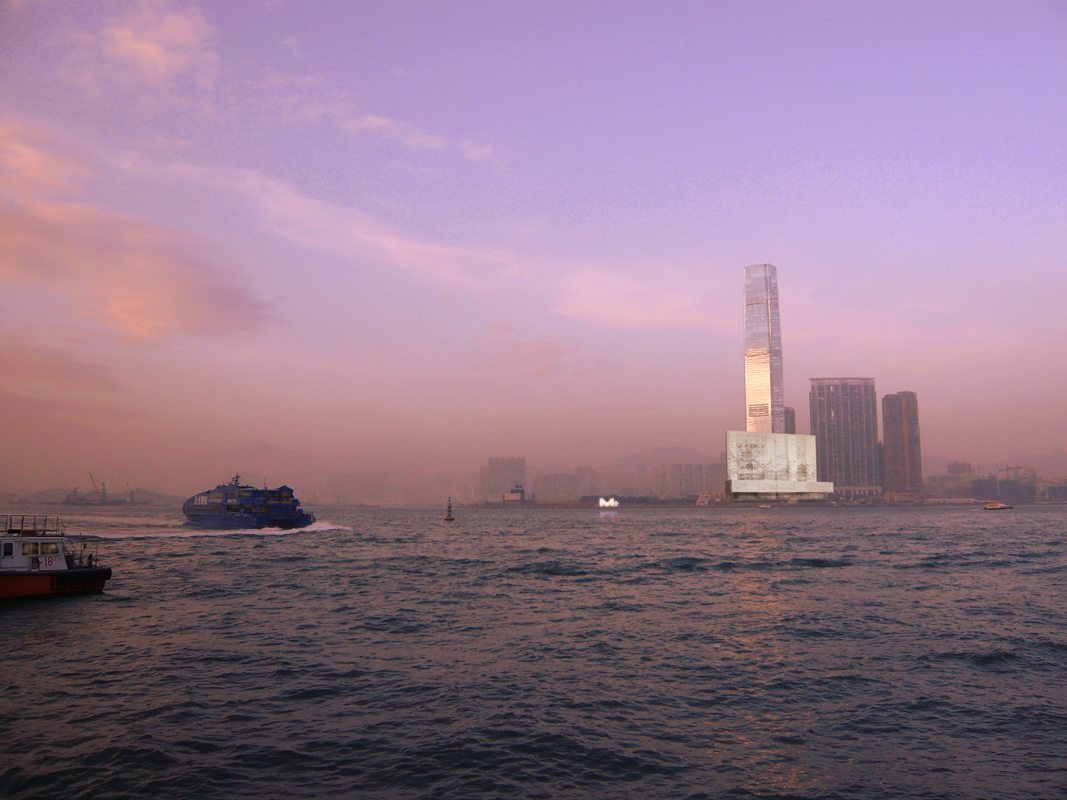 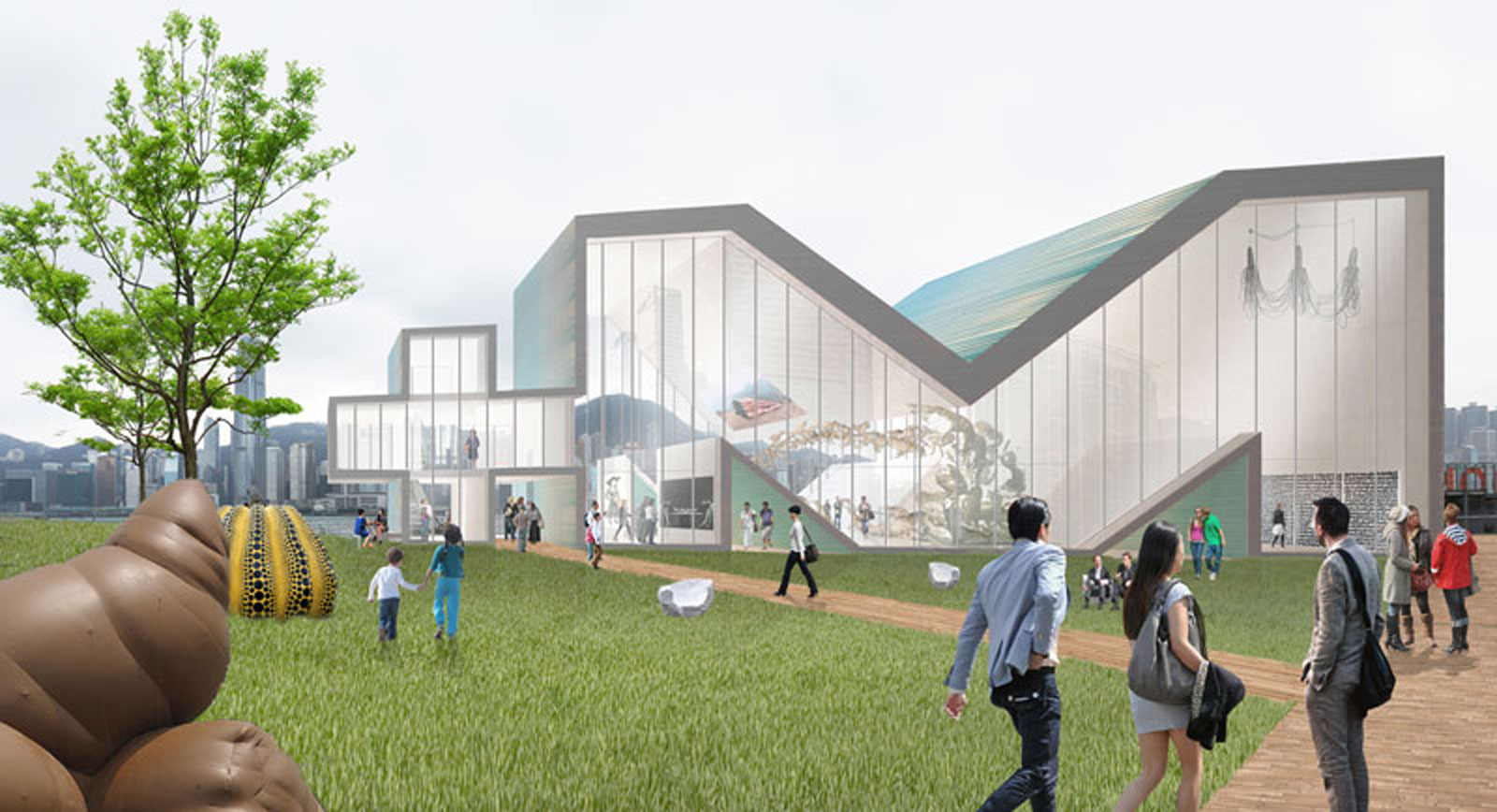 UUfie’s entry embraces itself as an extension of M+, the museum, cultural centre and its mission, it takes the distinctive name of M+ as a feature for the design. The result is a dynamic and symbolic space for all forms of exhibition and events which quite literally functions as a visual icon for the entire building and site. Taking an extrusion of M+ towards the spectacular views of Victoria Harbour creates the volume of the pavilion. The north end is then obliquely cut to face towards the new M+ museum and Park. While open at opposite ends, with a tunnel-like configuration, it actively encourages connectivity between the exhibits and this wider environment. The Arts Pavilion stands for everything M+ is and the relationship it has to new M+ museum, the Park and West Kowloon.

Images of UUfie’s entry below: 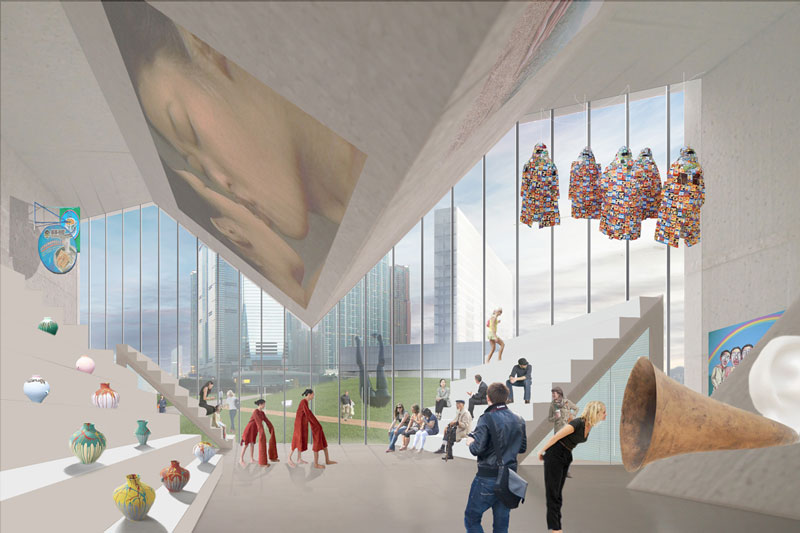